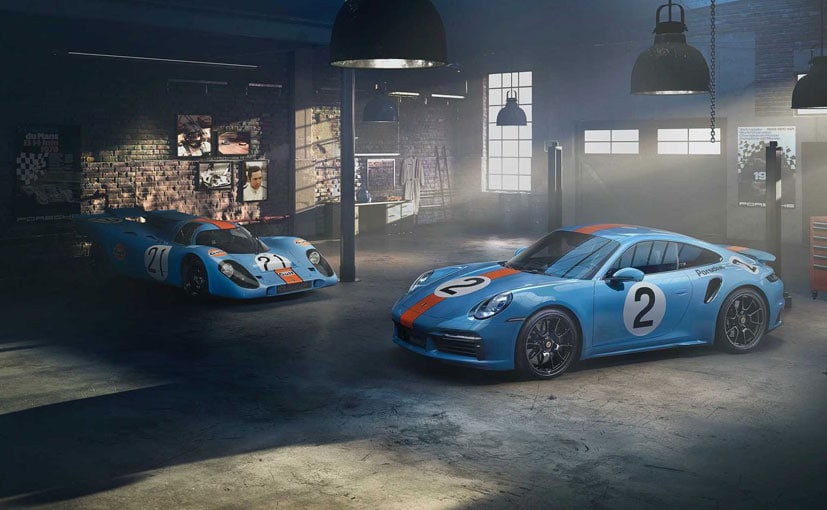 Exactly 50 years after Mexican racer- Rodriguez lost his life in Germany, the German brand has a very special tribute in the form of a Gulf Oil Turbo S.

Porsche Mexico has joined forces with Latin America to create a one-off 911 Turbo S in a bid to honor Pedro Rodriguez – the most successful Mexican driver of all time. Exactly 50 years after Rodriguez lost his life in Germany, the German brand has a very special tribute in the form of a Gulf Oil Turbo S. The model has been developed in collaboration with Porsche Exclusive Manufactur and broke cover at the Sportscar Together Day at the Centro de Alto Rendimiento Pegaso in Toluca, Mexico. 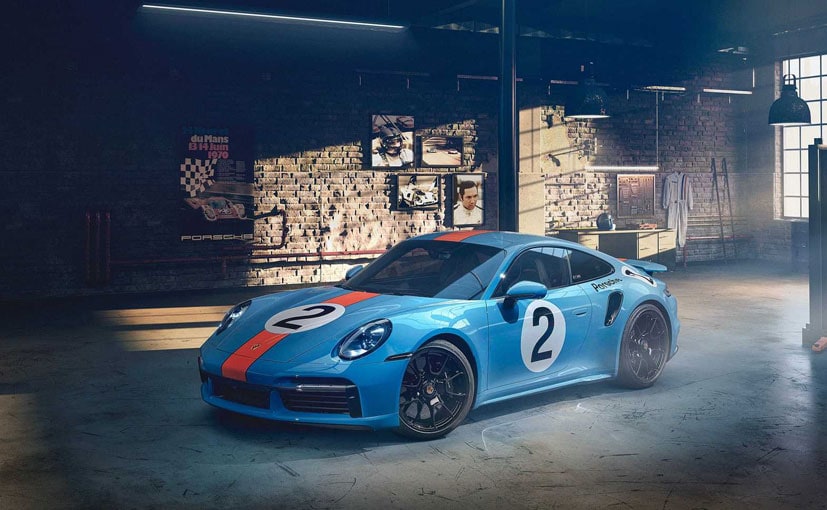 The sports car’s full name is Porsche 911 Turbo S ‘One of a Kind’ Pedro Rodriguez. It is finished in the iconic Gulf blue body color we recently saw on the McLaren 720s Livery and Ford Mustang Gulf-Oil Edition. It also has contrasting orange stripes and specially designed central-locking wheels in high-gloss black colour. A black number two is seen on the doors. The paint scheme takes inspiration from the Porsche 917 KH with which Rodriguez won many races. The silhouette of the 917 KH race car in the Mexican flag color has been replicated on the sports car’s B-pillar done next to Rodriguez’ name and signature. This same detail is replicated in the carbon moldings on the lower door frames, while the names of the eight races he won with the 917 KH are engraved under the rear spoiler.

Also Read: Porsche Reports An Operating Result Of 2.79 Billion Euros In First Half Of 2021 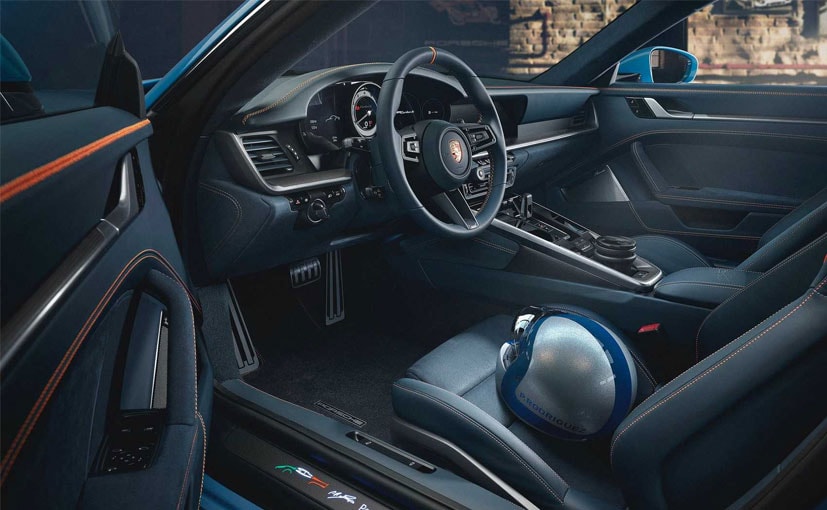 The upholstery is finished in graphite blue with orange stitching.

The cabin too is finished in the same color theme. The upholstery is finished in graphite blue with orange stitching and the silhouette of the 917 KH is engraved on the front seat headrests. The race driver’s signature is seen on the center armrest and on the carbon fiber dashboard trim.