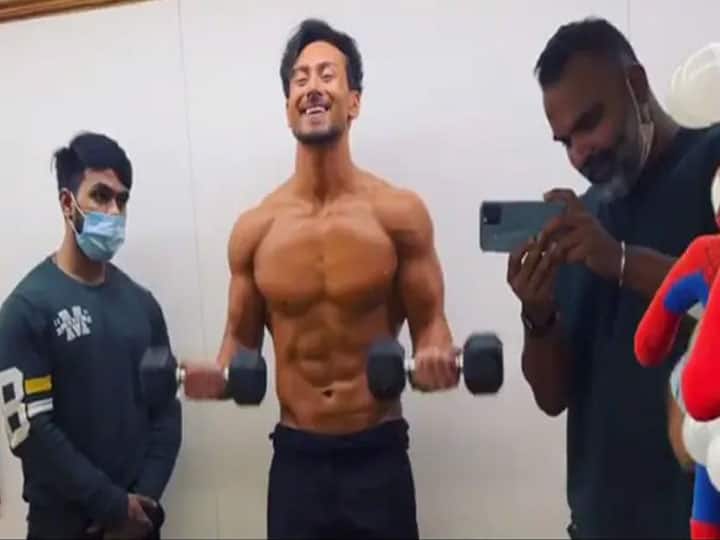 Heropanti 2: Tiger Shroff is in the news for his upcoming film Heropanti 2. Recently, a photo of him is becoming very popular on social media. He is getting ready to pack the punch for his upcoming film. Tiger is known for his own action scenes and fitness in his film. His recent video also proves the same. In this video clip, he can be seen working out on the sets of Heropanti 2. Tiger started shooting for the second schedule of Heropanti 2 on June 30. This video is being seen a lot on social media.

Sharing the video, Tiger Shroff wrote in the caption, ‘Action is being prepared after a while.’ Tiger Shroff started his career with Heropanti and now he is going to be seen in its sequel. In April, his pictures from the sets of the film went viral on social media. In the photo, Tiger is seen in a black suit and a pair of sunglasses. The Heropanti franchise is produced by Sajid Nadiadwala. Ahmed Khan is directing the second installment of the franchise. The music of the film is given by AR Rahman. Apart from Tiger, the sequel will also feature Tara Sutaria in a lead role.

Tiger Shroff’s film Heropanti was released in the year 2014 and it starred Kriti Sanon with Tiger. At that time, Tiger had won hearts with his performance in Heropanti and fans were happy to know that he is also a part of the sequel. On his 31st birthday this year, Tiger shared the release date of Heropanti 2. The action star also shared a new poster of the film. He wrote on Twitter, ‘My first love is back – action, adventure, like never before. Let’s celebrate it together in cinemas on 3rd December.