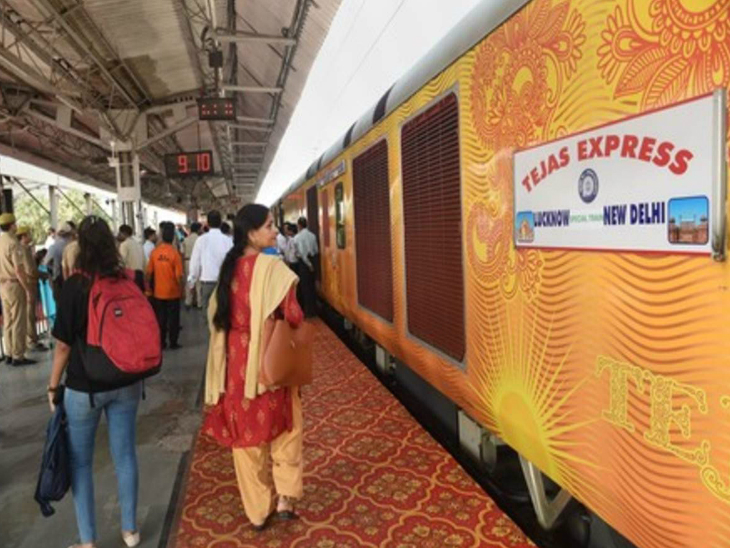 In view of the ever increasing cases of Corona epidemic, Railways has decided to discontinue the Tejas Express running between Lucknow and New Delhi. The country’s first private train Lucknow-New Delhi-Lucknow (82501/82502) Tejas Express will be closed from April 9. According to IRCTC, the operation of this train has been stopped till further orders.

Tejas started from 14 February
The railways had decided to re-run the Tejas Express from 14 February following the lockdown imposed due to the Corona epidemic. This train was being run 4 days a week on Friday, Saturday, Sunday and Monday.

Mumbai-Ahmedabad Tejas is already closed
IRCTC has already shut down the Ahmedabad-Mumbai Tejas Express from April 2. IRCTC had earlier said that ‘Train number 82902/82901 Ahmedabad-Mumbai Central-Ahmedabad Tejas Express train will be closed for a month from April 2, 2021.’ According to IRCTC, there is a night curfew in both cities. This is causing problems to the passengers.

Tejas Express has started from February 15
The Tejas Express has once again started between Lucknow-New Delhi and Ahmedabad-Mumbai from 15 February. In view of the convenience of passengers, IRCTC has also made arrangements to provide tickets for Tejas Express at the station itself.

There are more news …

Insider Trading in PC Jewelers: SEBI asks for refund of Rs 8.40 crore, also imposed penalty of one crore on 5 people

Relief from inflation: Retail inflation came down by 1.23% to 4.29% in April, relief to common man due to cheaper food items