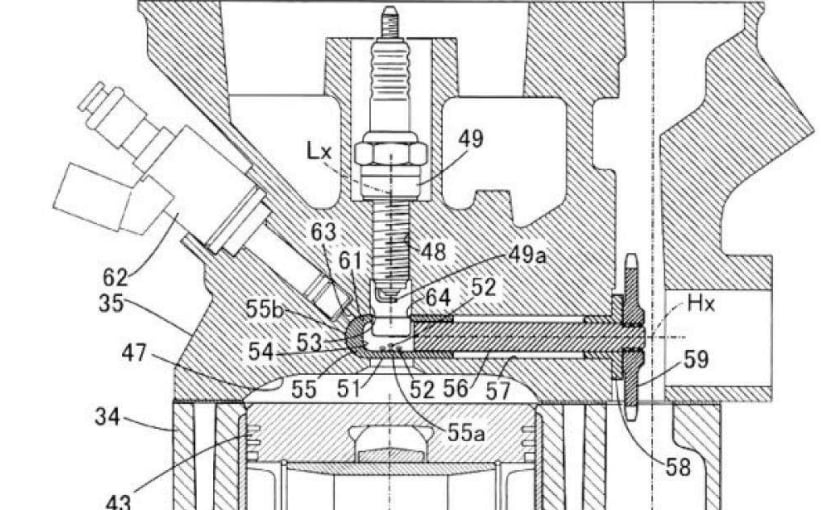 The pre-chamber ignition system is not new, but the latest patents suggest that Honda will be the first to use the technology on a motorcycle.

Patent filings from Honda reveal that pre-chamber ignition system could be used on a production motorcycle for the first time. The patent images show how the system uses a small chamber that allows the spark plug to ignite the air-fuel mixture before it makes its way to the combustion chamber. The pre-chamber is separated from the combustion chamber by a series of small holes, and these are designed to split the flame front into smaller explosive jets. This feature allows the engine to use a leaner mixture that generates less harmful emissions. Honda’s system will help engines meet tightening future emissions regulations. 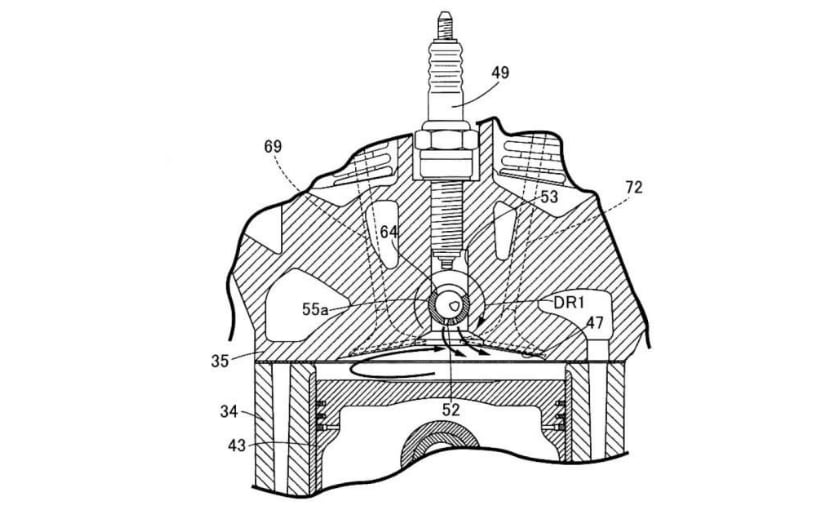 The pre-chamber is separated from the combustion chamber by a series of small holes, and these are designed to split the flame front into smaller explosive jets.

The pre-chamber technology is now standard on most Formula One engines, but this technology has not been used on motorcycles so far. There are two types of systems in use, active and passive pre-chamber ignition systems. The system used by Honda is an active pre-chamber system and uses a spark plug and fuel injector. Another fuel injector is located on the side of the cylinder head that sprays fuel into the main combustion chamber. The fuel from the pre-chamber is enough to create optimal air-fuel ratio, and speeds up the combustion process, improving efficiency.

This is not the first time Honda has dabbled in pre-chamber ignition systems. The Japanese firm developed the CVCC system in the early 1970s. The CVCC, or Compound Vortex Controlled Combustion reached production in the 1970s Honda Civic. And although the system used a carburetor instead of fuel injection, the CVCC featured a pre-chamber, where the spark plug was fitted, and a second, small inlet valve allowed a richer mixture into the pre-chamber than the charge that entered the main combustion chamber. Although Honda’s new patent application does not specify which bikes will get the pre-chamber system, it’s quite likely that Honda’s next generation Fireblade and other high-performance models are likely to receive this technology.