Varun Dhawan did an open workout, Ileana said- buy a good yoga mat for yourself 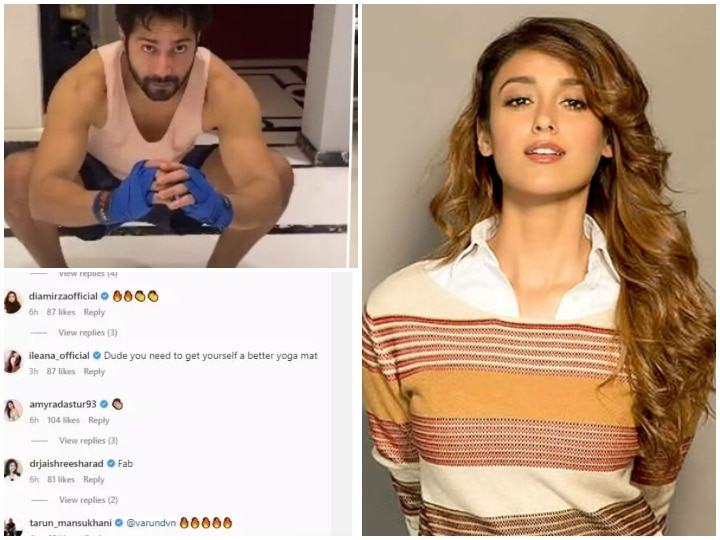 Varun takes great care of his fitness along with films. For this, they also do workouts everyday. Recently, he has posted a video of himself on social media. In which he is seen doing workouts. On this video, Varun’s film heroine Ileana has commented very funny.

Varun shared the video of the workout

Varun has shared this video on his Instagram account on Wednesday. Posting the video, he wrote that, “MR BOOMBATIC –flow. He looks quite fit in this too. Many of his Bollywood stars have commented on this video. Including Aparshakti Khurana, Diya Mirza, Amaira Dastur, Sophie Chaudhary is.

But in the midst of all this, whose comment has attracted the attention of the fans, the actress Ileana appeared in the film Main Tera Hero with Varun. Ileana commented on Varun’s video and wrote that, you need to get a better yoga mat.

Varun is going to be seen in these films

Let me tell you that Varun’s film Bhoomi is being played by Amar Kaushik, in which he is going to appear with Kriti Sanon. Abhishek Banerjee will also be seen in an important role in the film. Apart from this, in Varun Raj Mehta’s ‘Jug Jug Jio’, Anil Kapoor, Kiara Advani, Neetu Kapoor and Prajakta Koli are going to share the screen.