Tesla faces scrutiny in China where the military in March banned Tesla cars from entering its complexes, citing security concerns over cameras in its vehicles, sources told Reuters.

Cameras in Tesla cars are not activated outside of North America, the US automaker said on its Chinese social media page on Wednesday, seeking to assuage security concerns in the world’s biggest car market.

Tesla faces scrutiny in China where the military in March banned Tesla cars from entering its complexes, citing security concerns over cameras in its vehicles, sources told Reuters.

“Even in the United States, car owners can freely choose whether to turn on its (the camera system’s) use. Tesla is equipped with a network security system with world-leading security levels to ensure user privacy protection,” the electric carmaker wrote on Weibo, China’s Twitter-like social media site. 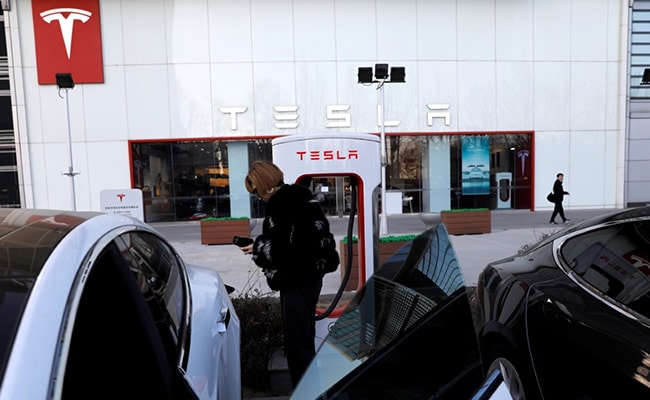 At a virtual forum in Beijing in March, held not long after reports of the ban surfaced, Tesla founder Elon Musk emphasized the company’s business motivations for protecting user privacy.

“There’s a very strong incentive for us to be very confidential with any information,” Musk said.

“If Tesla used cars to spy in China or anywhere, we will get shut down.”

China is a key battleground for electric vehicles. In 2020 Tesla sold 30% of its global total in the country.

(This story has not been edited by NDTV staff and is auto-generated from a syndicated feed.)