Shreyas Iyer’s shoulder operation was successful, this statement given about return 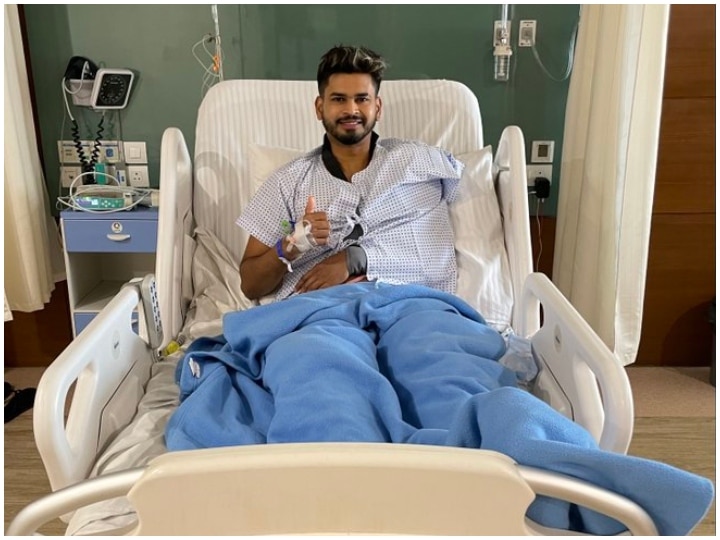 Indian cricket team’s middle order batsman and Delhi Capitals captain Shreyas Iyer in the Indian Premier League told that his shoulder operation has been successful. He also shared a photo of himself from the hospital on social media after the operation.

In his post, Iyer wrote, “The operation has been successful and I will return with full commitment as soon as possible. Thank you for your good wishes.”

Surgery was a success and with lion-hearted determination, I’ll be back in no time 🦁 Thank you for your wishes 😊 pic.twitter.com/F9oJQcSLqH

Was injured against England

Let me tell you that 26-year-old Iyer was injured in an attempt to stop Johnny Bairstow’s shot during the first ODI against England on 23 March in Pune. He then groaned with pain. Due to this, he was left out of the remaining matches against England and also from IPL 2021.

Iyer had a serious injury to his shoulder. After the scan, it was revealed that he would have to undergo shoulder surgery. It is being told that it may take about four months for Iyer to regain fitness.

Will not be able to participate in county cricket

Significantly, Iyer had to take part in county cricket in England in July. Actually, the county team Lancashire signed him for the Royal London ODI Cup, but now it is believed that Iyer is difficult to participate in this tournament. Because it will take them a long time to return to the cricket field.