Harshad Mehta’s Dhoom in the Film World: The Story of the Film-Style Big Bull to be Launched Today, But Now Who is the Biggest Big Bull in the Country? 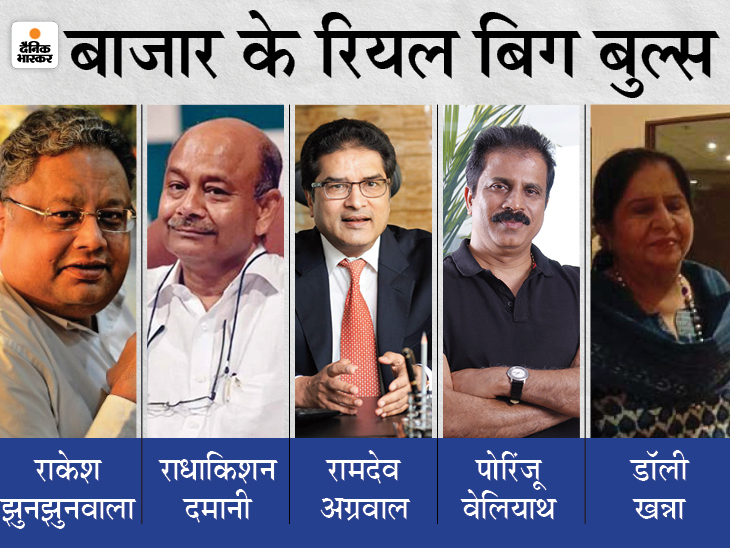 Due to another corona in the country, the budget of most people is disturbed, on the other hand, the interest of the people is increasing in the stock market. Why not? Who doesn’t want to earn good profits? If you had invested 1 lakh rupees a year ago, now it would have been 1 lakh 70 thousand rupees. That is, one and a half times returns in a year. It was the effect of these figures that in the last one year, the number of retail investors (demat accounts) of the country has increased by 1 crore to reach 5 crore.

Experts believe that investment knowledge has also increased among people. Now its effect is visible on the film world as well. As a result, events related to the stock market are now on the screen. A good example of this was the web series ‘Scam 1992’, released in October last year, which was based on the country’s first Big Bull Harshad Mehta. It gave tremendous response from the audience. Now Harshad’s own story from the second angle, ‘The Big Bull’ is going to be launched today on 8 April at 7:30 pm on the OTT platform.

The main character of the film is the hero Abhishek Bachchan, who plays the role of Big Bull. This whole story is about the life of Harshad Mehta and the stock market during 1980 to 1990. There is talk of only one big bull here. But we are going to tell you about the 5 big investors of the stock market, who are earning a lot of wealth from the stock market ….

1. Rakesh Jhunjhunwala:
Jhunjhunwala is the largest individual investor in the country. They are also called the Big Bull of today. According to Forbes, as of April 8, his net worth is $ 4.3 billion (32.19 thousand crore rupees). Jhunjhunwala’s father has been an officer of the Income Tax Department. He started investing in the stock market right from his college days. Then he had invested $ 100. The special thing is that the Sensex index was at 150 points then, which is now trading at the level of 50 thousand.

2. Radhakishan Damani:
Radhakishan Damani, also known as Retail King, is also a well-known investor. According to Forbes, Damani is the fourth richest person in India. His total net worth is $ 16.5 billion i.e. 1.23 lakh crore rupees. Avenue Supermart, which we know as DeMart, is their company. The company has around 221 shopping stores in the country. Radisson Blu Resort has a stake in Damani’s portfolio including VST Industries, India Cement.

3. Ramdev Aggarwal:
Ramdev Agarwal, co-founder and joint MD of broking company Motilal Oswal Financial Services, is well-known among investors. Agarwal started his career as a successful investor in 1987. According to data released by Forbes in 2018, his net worth stood at $ 1 billion (Rs 7,492 crore). Ramdev Agarwal hails from Raipur, Chhattisgarh.

4. Porinju Veliyath:
Porinju Veliyath is considered the emperor of smallcap stocks. They are known to earn higher returns than small stocks. According to the online website Tradeline (Trendylne), their net worth stood at Rs 17.95 crore as of June 2020. Veliyath Fund Management Company Equity Intelligence India Pvt. Ltd Is the owner of

5. Dolly Khanna:
He made his debut in the stock market in 1996. Dolly, who graduated from IIT Madras, invested in the manufacturing, textile and chemical sectors in the early days. Quality Milk Products, an ice-cream maker, was started by Dolly in collaboration with husband Rajeev, which he sold in 1995 to Hindustan Unilever. With the proceeds from the deal, he started trading in the stock market.

Dolly chooses small-value shares to invest. His success has increased the number of followers on Dalal Street. According to Trendylne, Dolly Khanna’s net worth was Rs 65 crore in June 2020.

There are more news …

Tesla rallies after Canaccord upgrades rating, says it is like Apple – Times of India