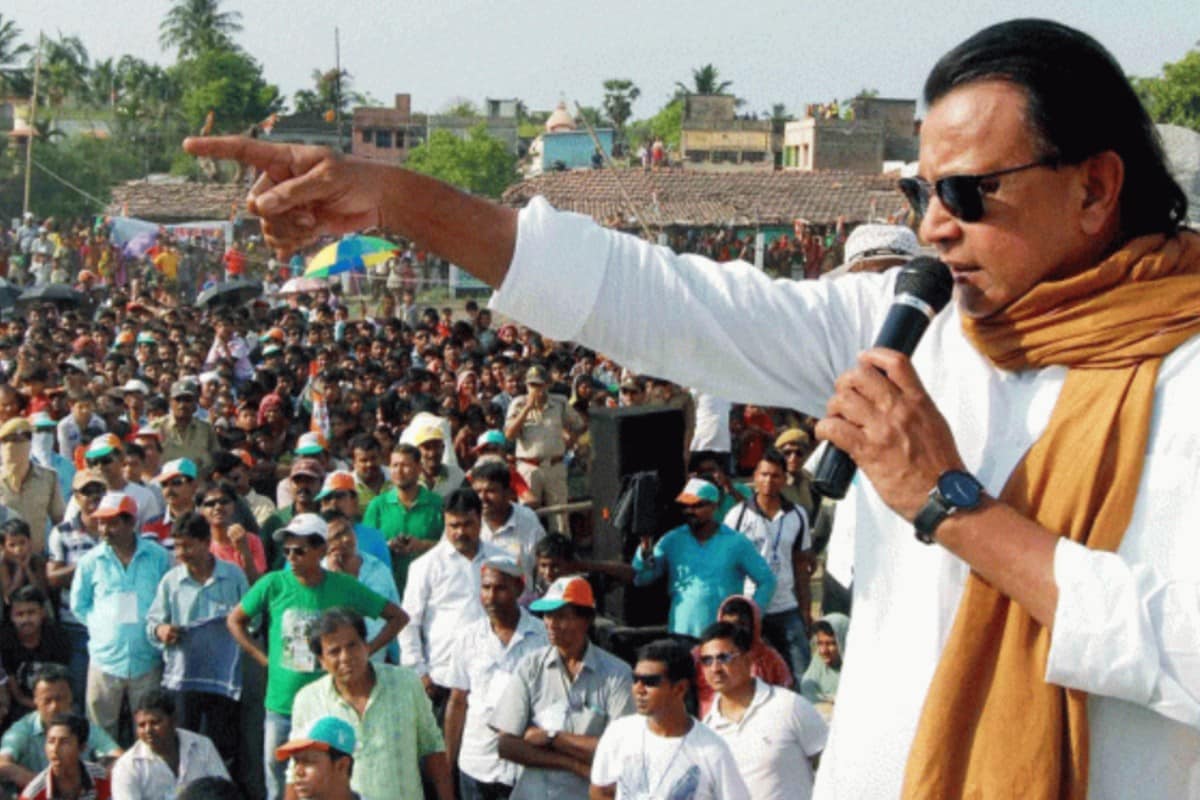 The agitation was led by actor-turned-politician Srabanti Chatterjee, who is contesting from the Behala Paschim assembly constituency on a BJP ticket.

The BJP was denied permission to hold a roadshow of Bollywood superstar Mithun Chakraborty, who had recently joined the saffron camp, in Behala area of ​​the city on Thursday, following which a group of party activists organized a demonstration in front of a police station. The agitation was led by actor-turned-politician Srabanti Chatterjee, who is contesting from the Behala Paschim assembly constituency on a BJP ticket, party sources said.

“The Kolkata Police did not allow our leader Mithun Chakraborty to campaign for me in the constituency without citing any reason.” “The Trinamool Congress cannot avert its imminent loss by such an undemocratic act of preventing us from campaigning.”

Is the state government scared of losing power ?, ”the popular Bengali actor said. The saffron party activists shouted slogans against the ruling TMC in front of the Parnasree Police Station.

The Kolkata Police declined to make any comment on the issue. The BJP candidate later took out a roadshow in the constituency where the National Award-winning actor was not present.

The actor-turned-BJP candidate is pitted against TMC heavyweight and West Bengal minister Partha Chatterjee who is seeking re-election from the Behala Paschim constituency. “We have nothing to do with any program of Mithun Chakraborty.” We know that the TMC has support of the people of Behala. The BJP candidate is doing drama, ”a leader of the ruling party said.

Chakraborty, however, led a roadshow in Tollygunj constituency for Union minister and BJP’s candidate Babul Supriyo.